Including Turkey.. Five countries will be the richest in the world in 2030 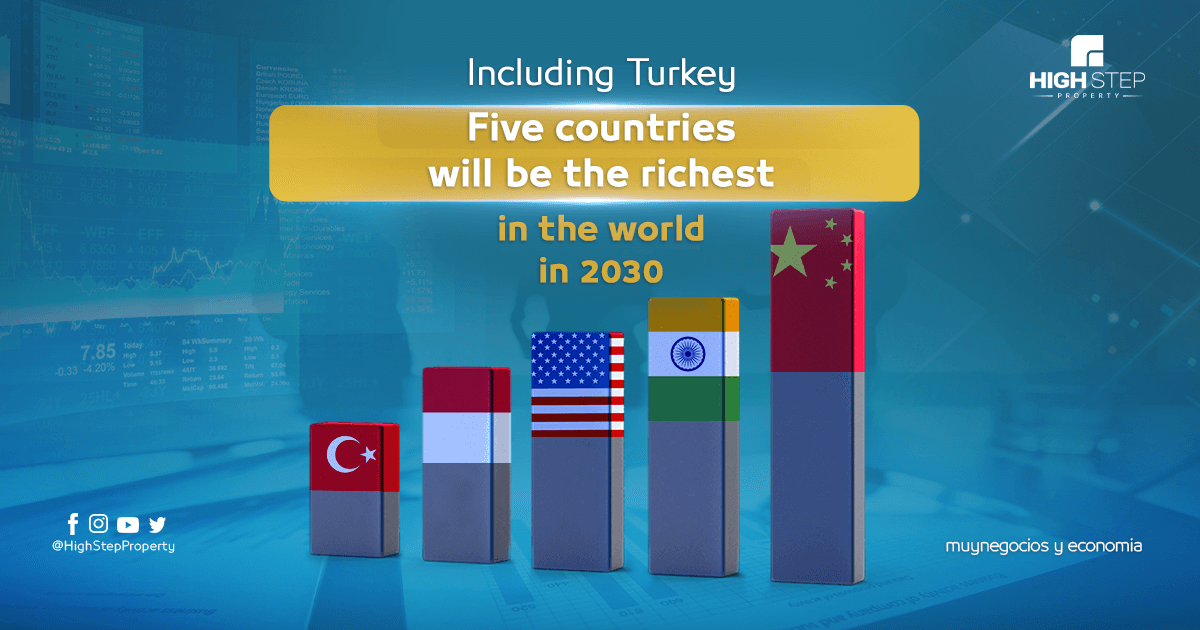 Economic reports revealed expectations that the currently emerging and emerging countries will be among the richest countries in the world within ten years, as the Spanish magazine (muynegocios y economia) published a report that includes expectations about the shape of the economy and balances in the world by 2030.

The magazine adds that these differences in the demographic and economic situation will lead to a change in the ranking of the richest countries in the world, based on the calculations of the gross domestic product compared to the population.

Here are the countries that are expected to be the richest in 2030.

The magazine said that for years the Turkish economy in the Middle East has witnessed impressive activity after a period of stagnation, and today the Turkish gross domestic product exceeds two trillion euros, which puts this country in 13th place in the world It is expected that Turkey will continue to grow, taking advantage of the young demographics and other factors, including the increasing flow of foreign investments, and this will place Turkey in fifth place in the world in 2030.

The magazine also spoke that China, India, Indonesia and the United States will be in the same group, expecting Beijing to be on the throne of the global economy within 10 years.

The Turkish exports rise in 2021 to 225 billion dollars